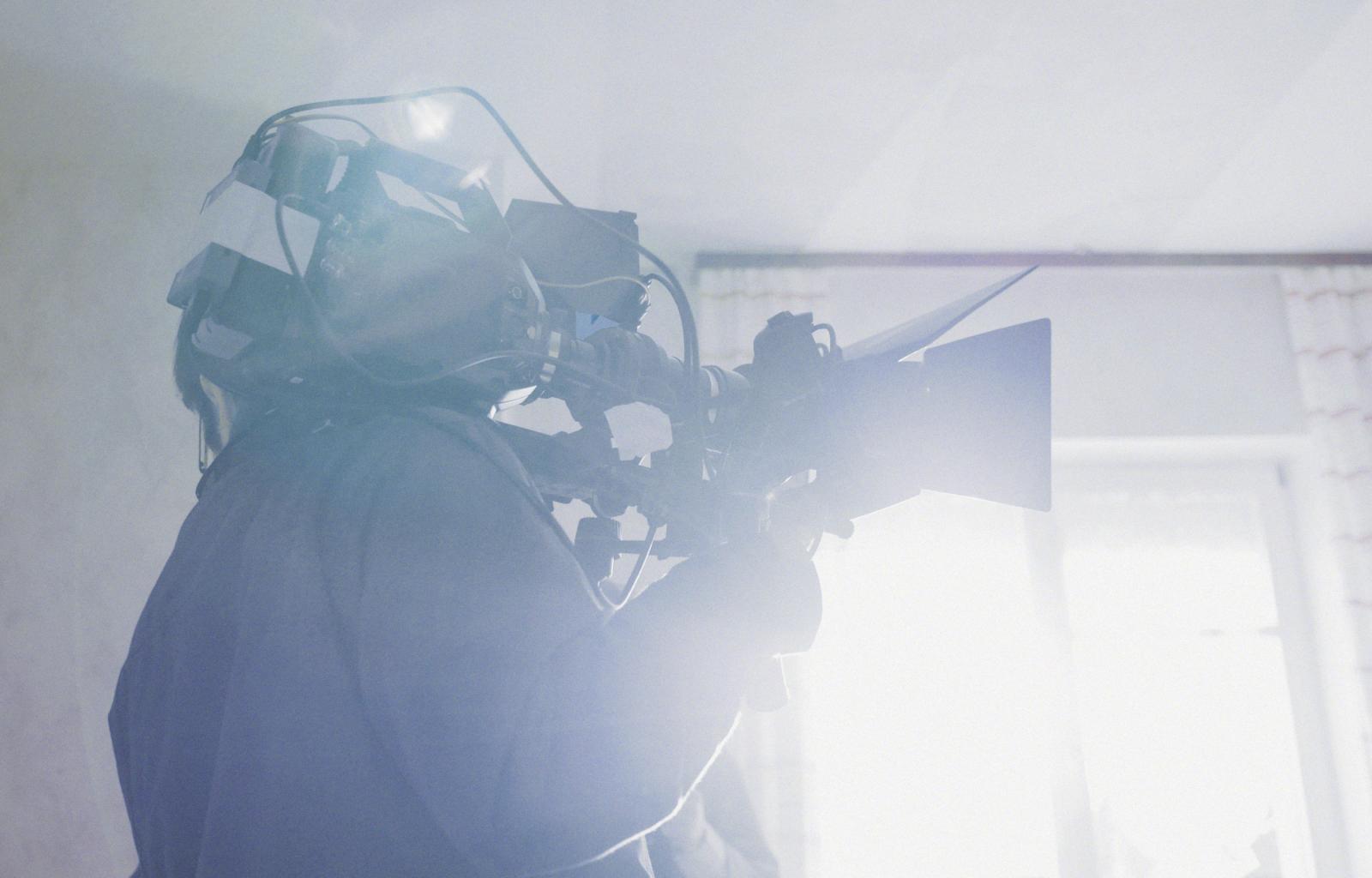 What's Wrong With the Weather, Jesus?

A double-feature music video to tracks "Bruges" and "Swansea", both part of a yet untitled, upcoming release. A family packing up and fleeing from an incoming catastrophe, a tape camcorder that can show the future and the hard to find signs of salvation and safety. 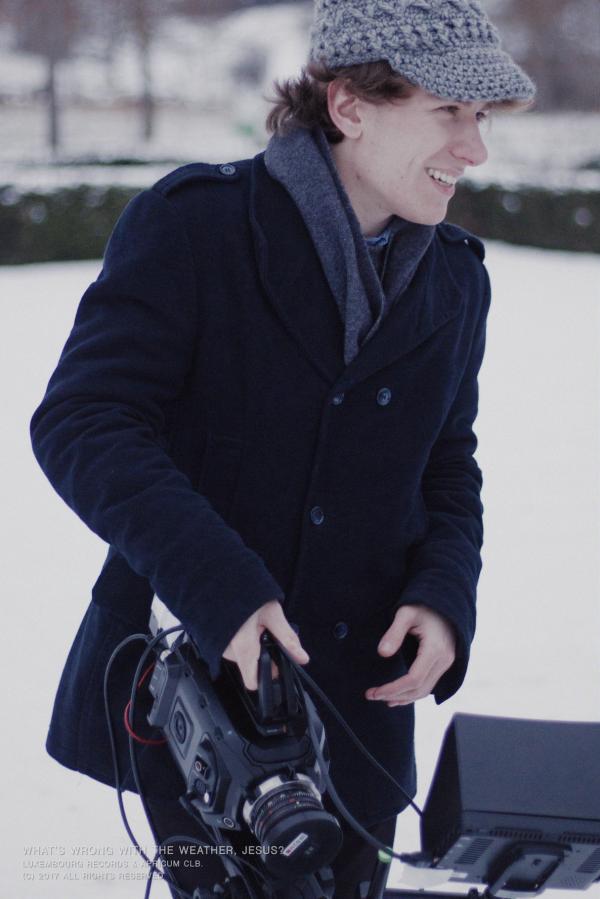 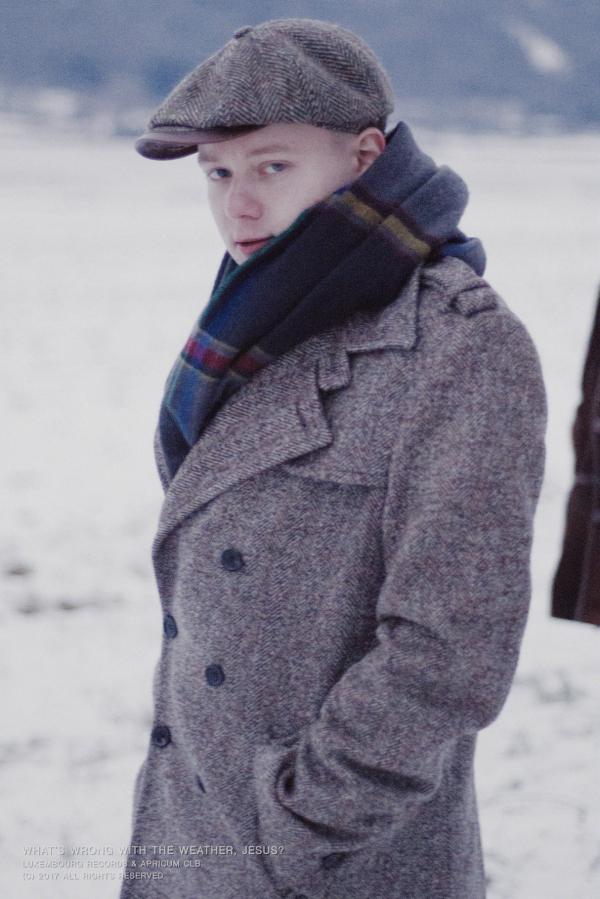 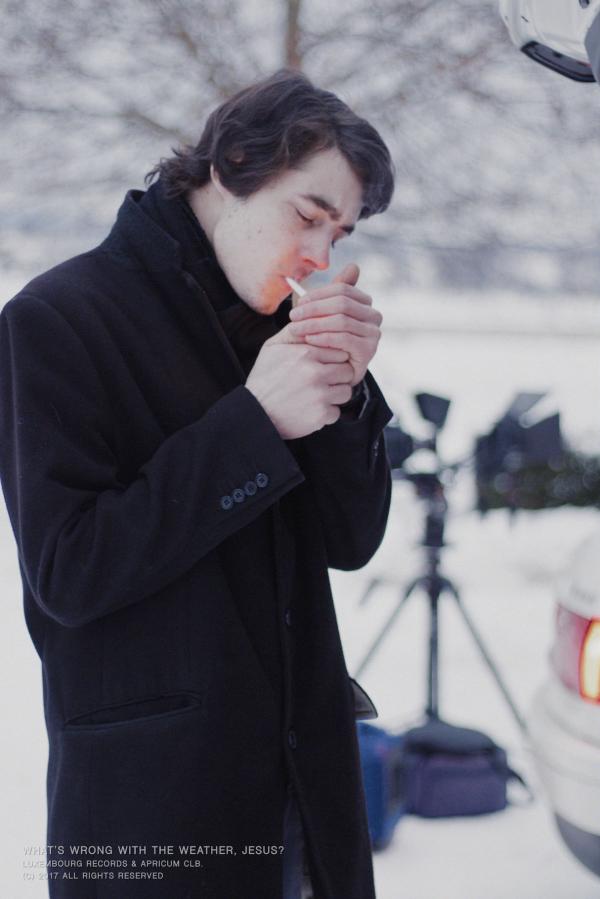 Early 2017's question concerning the weather was shot when both Eastern France and Southern Germany were covered by snowfall for a few weeks. The tracks featured, "Bruges" and "Swansea", were the first to receive a music video adaption from all tracks included in the upcoming release. Originally, the video was laid out for "Renegades" instead of the later chosen "Bruges" as opening title. 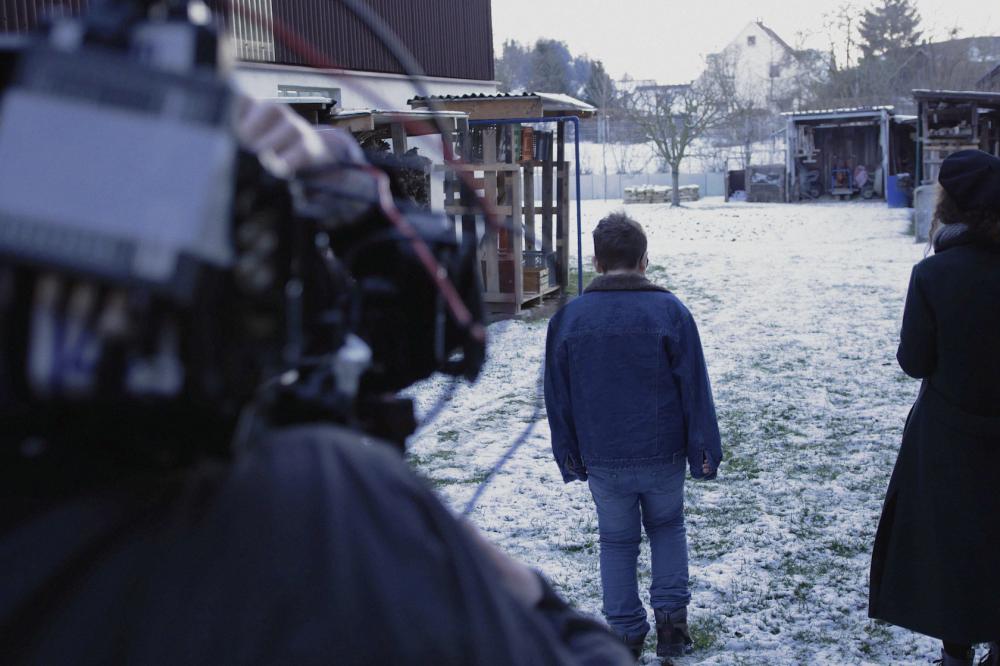 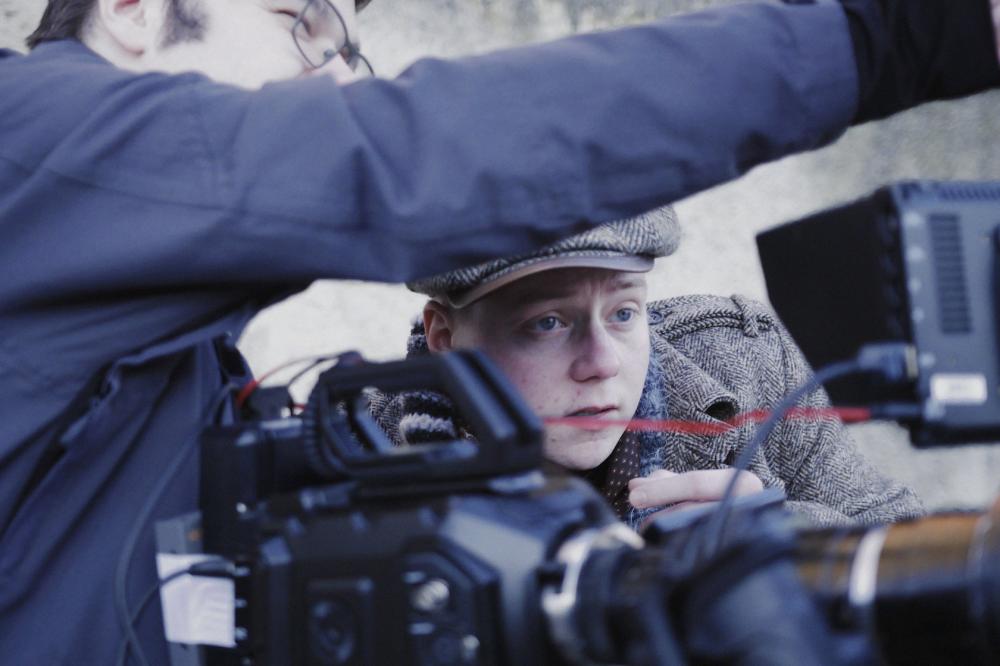 "Remember when you finally found Jesus on a low stratus field, he gave you an abandoned nest, made of wild daffodils. Told you that I’m not the one to ask what’s wrong with the weather, lay me down on future paths, buried under your favourite sweater." 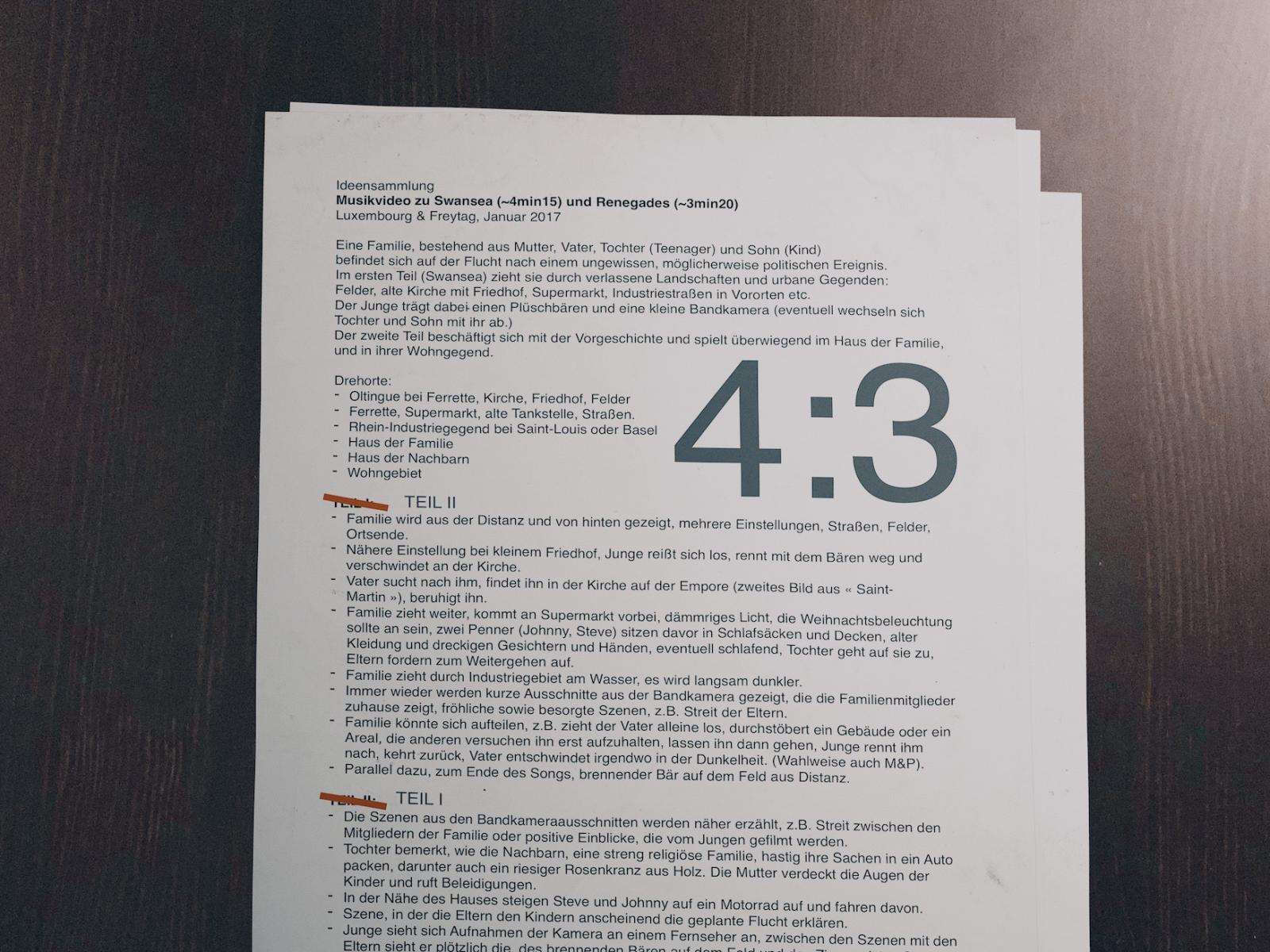 An early outline for story beats and different settings on the family's route and their escape. The entire journey has non-linear inserts when the son, Ohio, watches parts of a diverging future timeline on his camcorder tapes. This draft had both acts switched, showing their departure after the escape and ending with them leaving for the unknown. At the time of writing, the later used "Bruges" was still noted as "Renegades", though their runtimes are almost matching up. 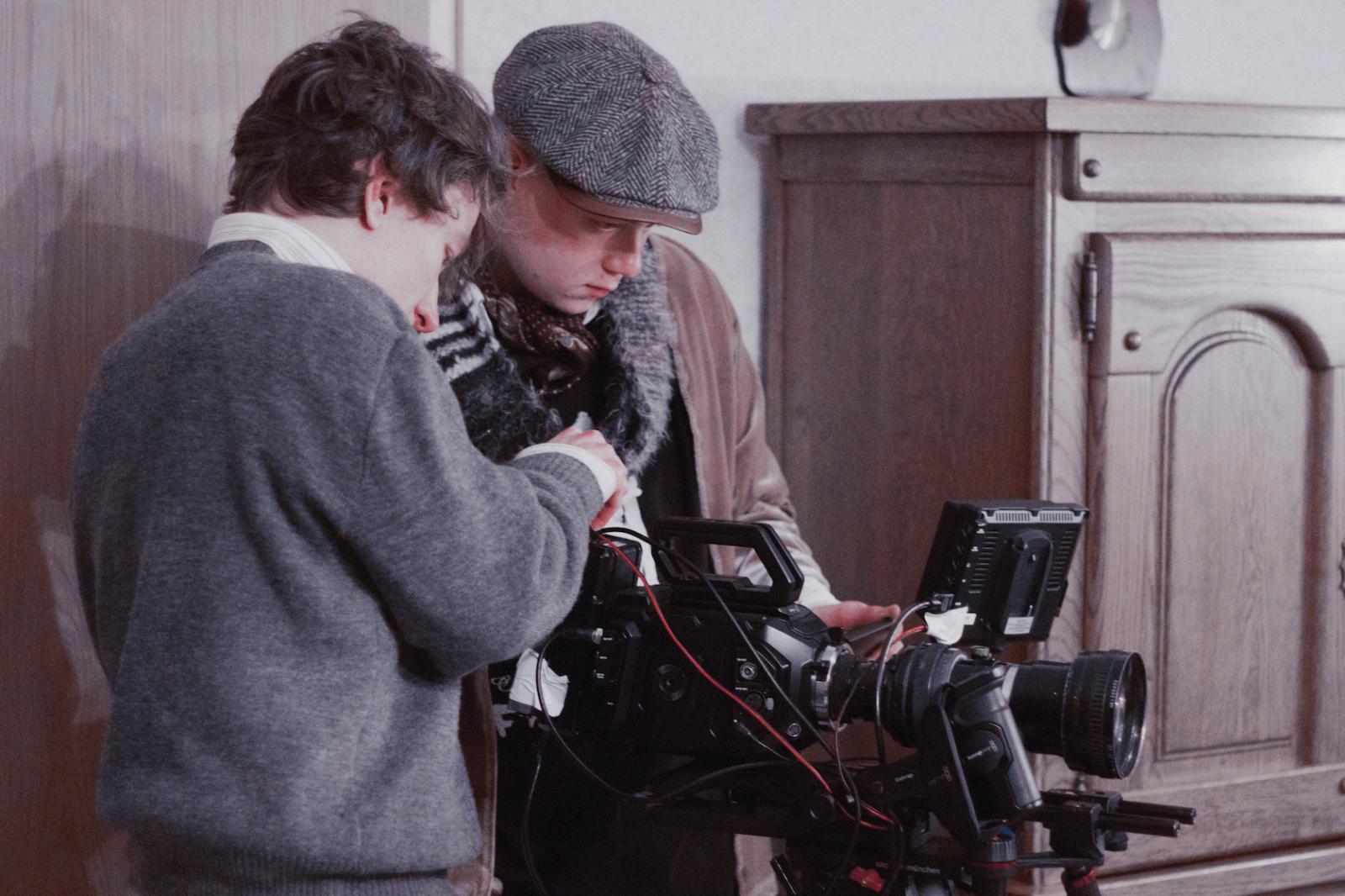 Leading up to the living room scene: After their daughter, Carolina, notices all the neighbours either leaving in a hurry or being gone already on her way back from school, she finds her parents keeping silent. Only in the evening, after the neighbourhood has already emptied out, the parents sit their kids down and tell them that they're going to have to abandon their home, as well. There's not much to say, not even a place to go. Each of them packs a keepsake, Ohio takes his camcorder, Carolina her walkman, the father, Idaho, the family suitcase, and the mother, Louisiana, her wooden rosary. A stuffed animal accompanies them bidding farewell to their house. 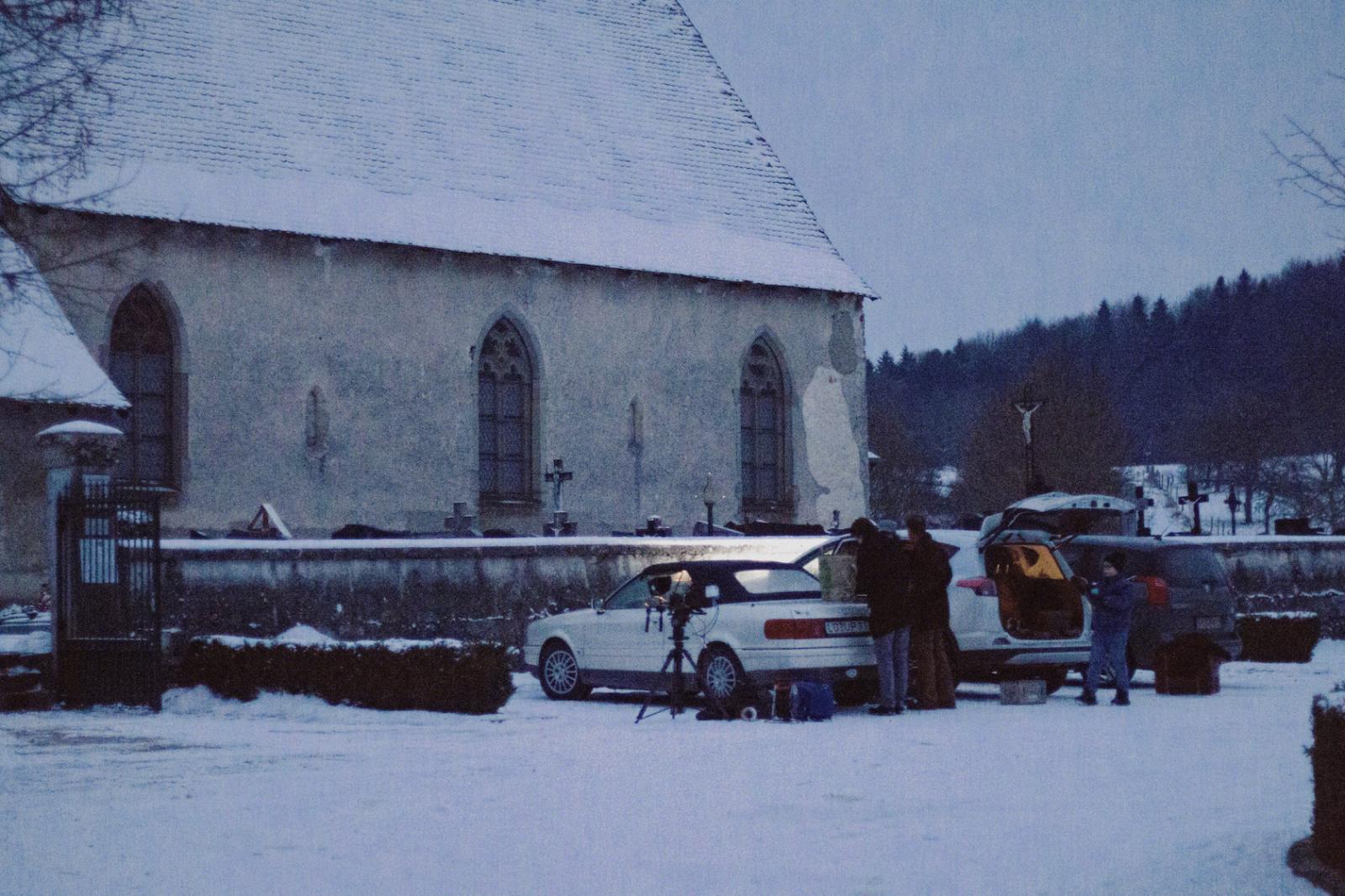 On location near Oltingue for arrival and church scenes

The solemn church of the second act is l'église Saint-Martin des champs located outside the nearby village of Oltingue in the east of France. It sits seemingly in the middle of a flat valley with only fields and unpaved roads surrounding it. The building was reconstructed multiple times in its lifetime, spanning from somewhere in the 7th century to the 1860s. One peculiar detail adding to the sorrowful atmosphere is an open skeleton, strangely left half-unburied to the side in the church interior. 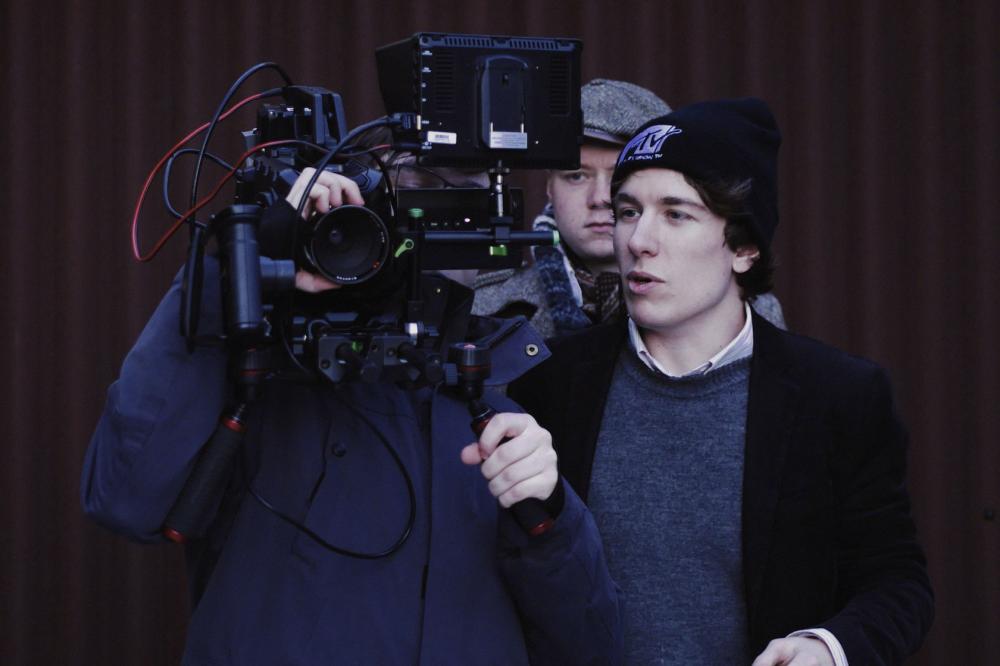 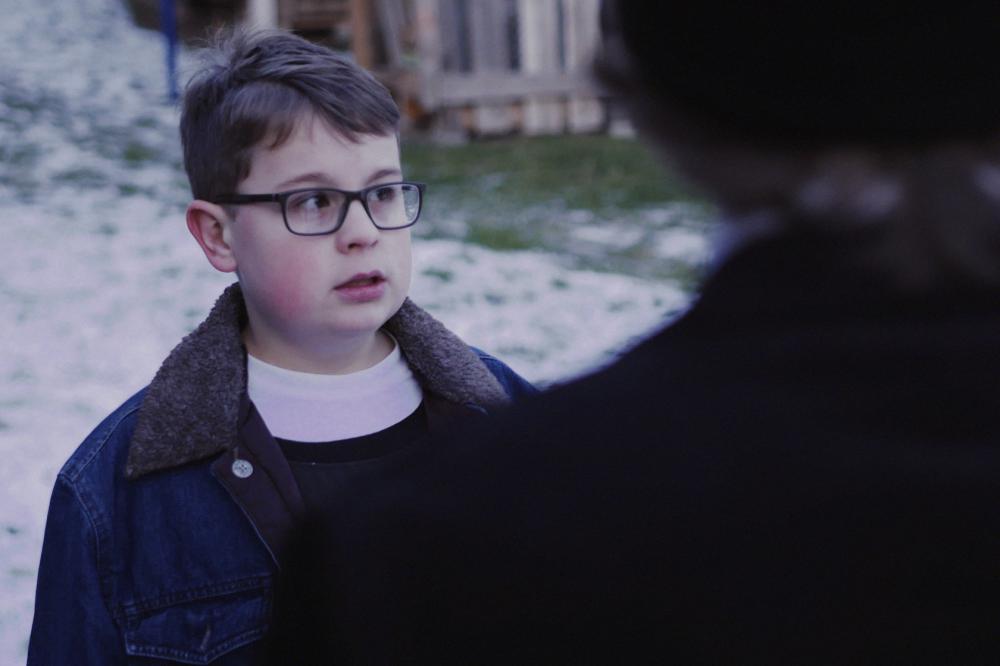 The film was shot using two different cameras and three different intermediate formats. A Blackmagic URSA Mini PL was used in recording all master shots, it can be seen rigged in the promotional material and in "Forecast from Another Dimension" behind the scenes. Instead of the small tape camera the character Ohio carries in various shots, a larger, more practical camera was used instead, a Canon XH A1. For readers familiar with our work from late 2011 up to 2015, this was the main camera in most projects. Formats ranged from entirely digital (Apple ProRes as source and intermediate) to miniDV as tape source, and Video Home System cassette as tape intermediate. A dedicated article is needed to explain all the details of how the final VHS footage was created — as a teaser, all VHS footage seen in the film is from an actual cassette running in a VCR, connected to a CRT television. 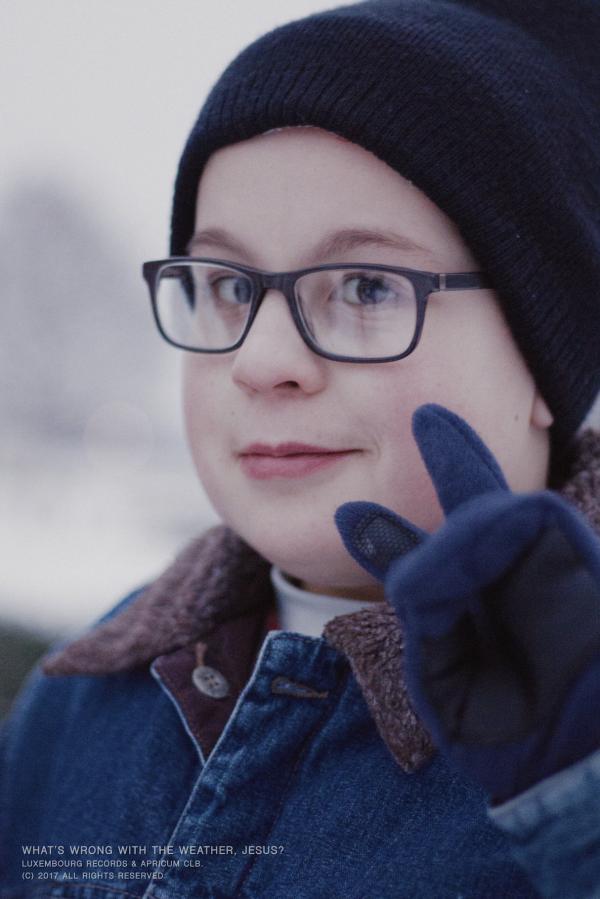 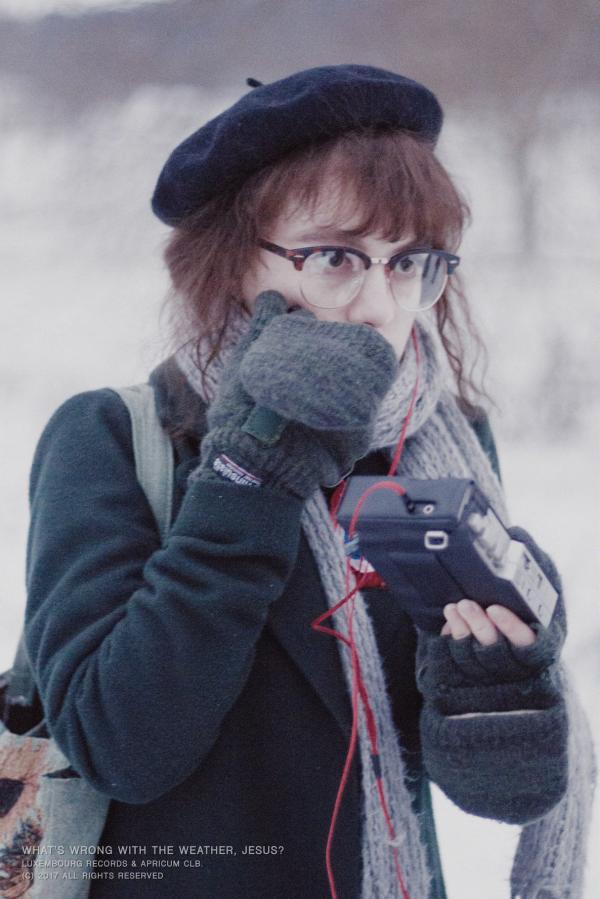 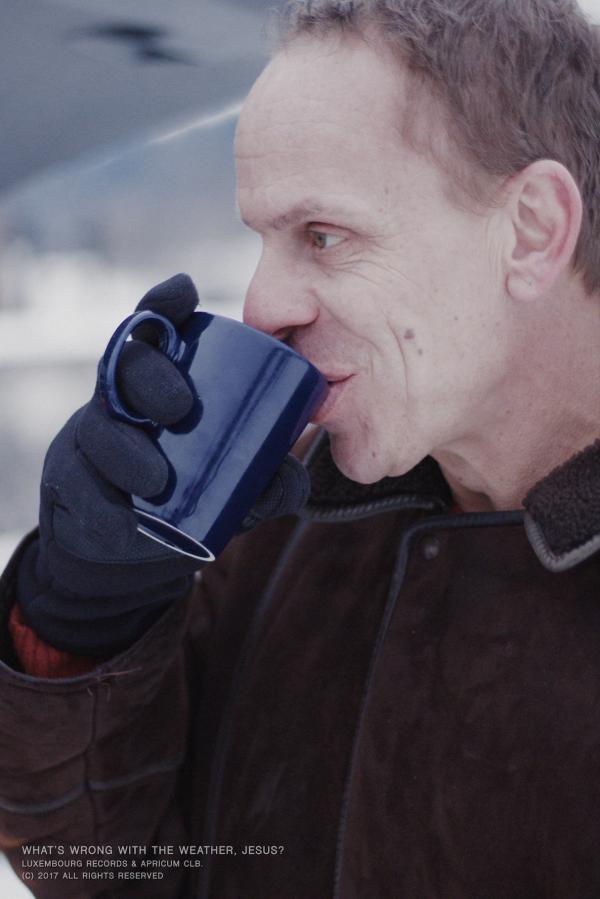 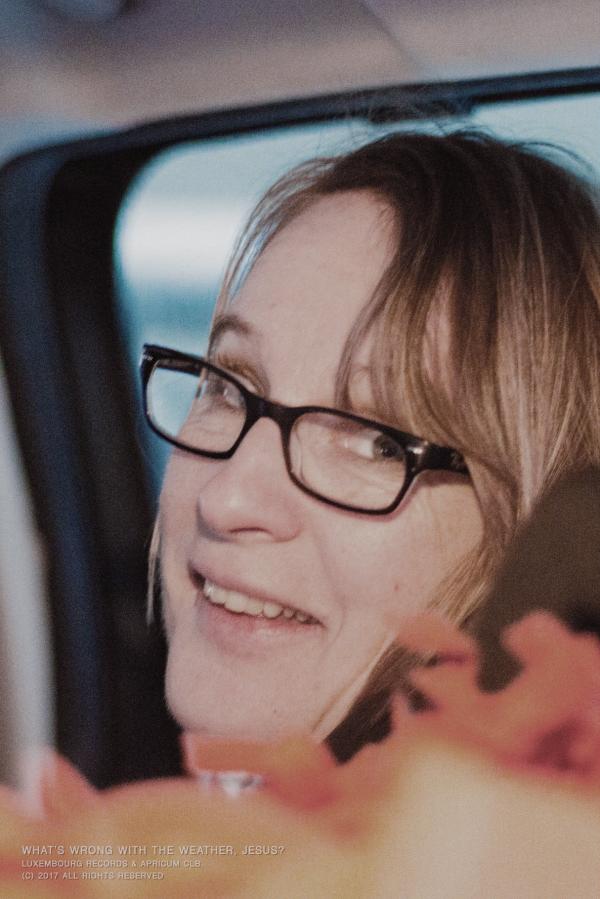 Two members of the family were introducing roles, while both Pearse (in the role of Ohio) and Ralf (in the role of Idaho) had appeared in prior works, one being 2013's "To the Match of the Year" (orig. "Zum Spiel des Jahres") in which Pearse played a goalkeeper and Ralf had a brief appearance as a helpful father. The second release had another prominent role for Pearse as the leader of a group of wild kids on the hunt in 2014's "Le Havre". Aside the family, smaller roles were filled with local talent, additional to the short presence of Luxembourg and DeeCarter, listed as "Musician" and "Doctor" respectively, playing two of the fleeing neighbours.

Showcase "What's Wrong With the Weather, Jesus?" written and presented by August Saint Freytag (Freytag, August Freytag, August S. Freytag, A.S.F.). All contents in imagery, video and text are intellectual property of their respective owners, all rights reserved if not stated otherwise.